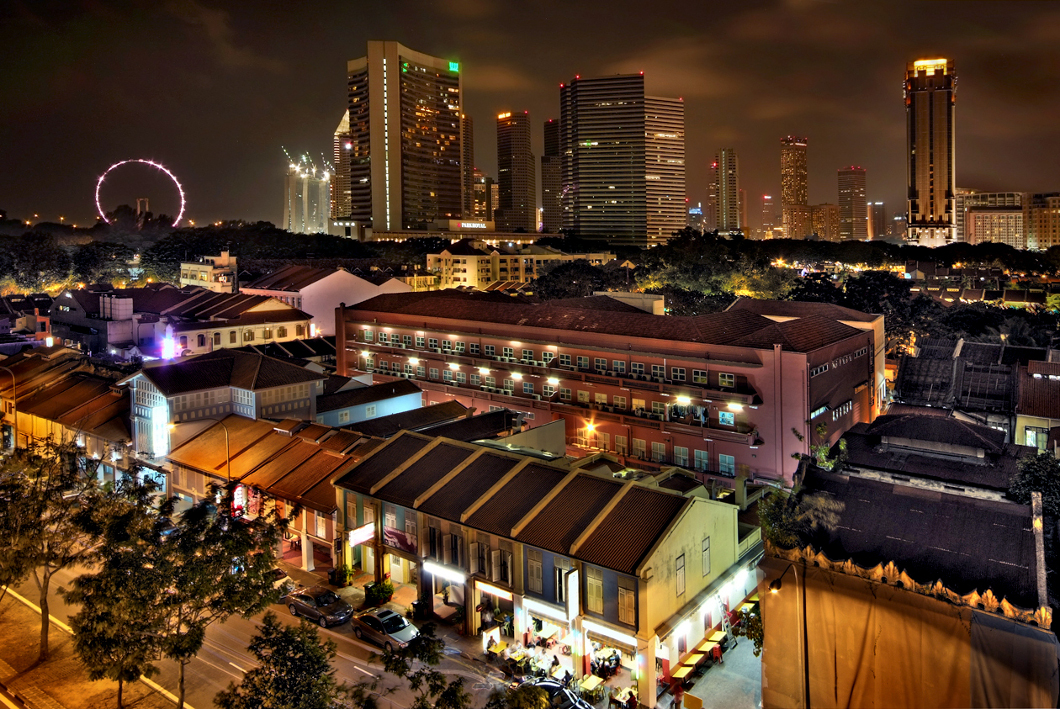 Singapore’s prime geographical location, strong VC and tech infrastructure, and important government initiatives have led to its crowning as the newest hotspot for major Fintech investors.

Fintech is one of the fastest-growing sectors in the global economy, according to a 2014 Accenture report. In the course of that year, more than $12 billion was invested in financial technology worldwide, a 300% increase from the previous year’s figure of $4.05 billion.

While European markets are currently experiencing the biggest gains, nowhere is the industry as primed for exponential growth as in Singapore. With a total population of 5.4 million (making it smaller than New York City), this tiny Southeast Asian country has developed a laser focus on industrial, technological, and economic innovation.

Singapore’s cultural and geographical position between the rest of Asia and the West makes it an ideal “gateway” for connecting markets. This integral position, combined with a solid infrastructure of venture capital firms, banks, research institutes, technology companies, and governmental support, have made the country a significant player in tech’s newest and most profitable sector.

One key player in Singapore’s Fintech development is the Infocomm Development Authority of Singapore (IDA), a government organization focused on technological development. The IDA has put forth several measures to attract new startups, stimulate investments, and strengthen the bridge between Eastern and Western economies.

These efforts are part of the “Smart Nation” initiative, incentivizing entrepreneurs to find ways of using technology to improve businesses, communities, and the lives of the Singaporean people. A big part of the initiative was the creation of San Francisco coworking space Block 71, a venture shared with National University of Singapore Enterprise, as a way to help Singaporean companies break into the U.S. market.

The founding of Infocomm Investments, the venture capital firm subsidiary of IDA, has added additional financial heft to Singapore’s technological development. With offices in San Francisco and London as well as Singapore, the startups in the Western markets have support on hand in their efforts to expand beyond Asia, and to spread awareness of Singapore’s potentially lucrative market within the U.S. and U.K.

In a recent interview with TechCrunch, Zach Tan, the director of Infocomm’s London office described Singapore as the the “gateway to Asia,” and went on to say that Southeast Asia will undoubtedly be the next major consumer market. “Beyond growth capital, with our strong knowledge of Asian market opportunities, operations, and culture, we are able to provide mentoring, networks and infrastructure to ease their process of setting up a business in Asia through Singapore.”

Vertex Venture Holdings Ltd, a VC-based subsidiary of government-owned firm Temasek Holdings, recently announced an $80 million fund for Singaporean startups. In 2014, the holdings company was part of a $15 million round for GrabTaxi, a transportation startup based in Singapore. Vertex is just one of many major VC firms that are supported by governmental startup grants, another sign of the country’s dedication to the industry.

But Singapore’s new position at the forefront of the Fintech startup industry shouldn’t come as much of a surprise: the country has been dedicated to technological improvement and innovation for many years.

The Smart Nation initiative is a follow-up to the IDA’s Intelligent Nation Masterplan (iN2015), the success of which demonstrates Singapore’s technological priorities. Begun in 2005, the 10-year initiative achieved many of its initial goals. Remote healthcare, e-government services access, and e-payment services are all now available to the astounding 86% of Singaporean households that have access to a computer. Meanwhile, Infocomm industry revenue and exports have increased 23% and 33%, respectively, year-on-year.

Perhaps the most telling statistic of Singaporeans’ current connectivity is the proliferation of mobile usage. According to HardwareZone, at the end of 2014, Singapore ranked the highest in the world (85%) in terms of smartphone usage, a significant increase from the previous year’s 72%.

This figure represents a broader trend for mobile preference throughout Southeast Asia. In Thailand, the Philippines, Malaysia, Indonesia, Hong Kong, China, and Korea, the smartphone adoption rate is higher than that of traditional desktop and laptop PCs.

The way consumers are using their mobile devices is changing as well: more and more Southeast Asians are turning to their smartphones for news, entertainment, and social interactions. This kind of “mConsumption,” as I like to call it, differs from mCommerce, which is purely transactional. The point is, consumers are increasingly looking to mobile as their primary vehicle for digital consumption, and businesses must react accordingly.

In light of soaring mobile adoption rates and the apparent Fintech boom, then, companies hoping to reach Singaporean and other Asian investors must focus on native apps and mobile-optimized websites. Julian Persaud, Managing Director of Google Southeast Asia, told HardwareZone that as these markets become increasingly connected and impactful on the global economy, there’s only one platform to focus on: “it’s vital for every business to think mobile first.”